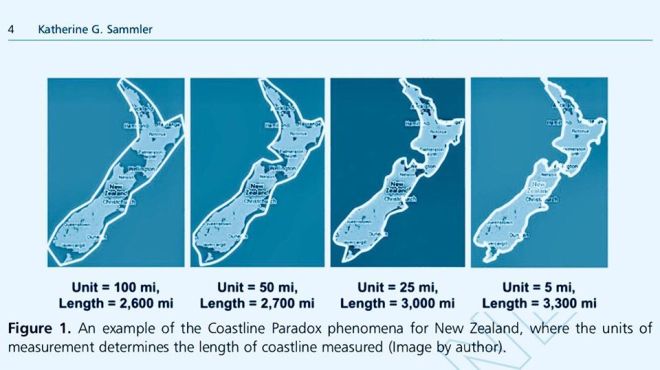 A line in the Sand: Sea level as a territorial apparatus in a vertically relative world

Sea level rise has destructive material impacts on coastal communities and low-lying nations. While it is largely perceived and experienced via these impacts, the level of the sea is less often thought about as a political surface. The boundary where land and sea intersect is determined by the ocean’s height, manifesting materially as a realm of coastal features and produced politically as baselines. Defined through international treaties, baselines are the low-water line upon which national boundaries are traced. Yet, this line between adjoining mediums of land and sea is much more physically blurred and dynamic than represented politically and legally.

The difficulties of delimiting a coastline, a phenomenon referred to as the Coastline Paradox, means the measurement of a coastline is dependent on the ruler used, an entanglement of instrument and measurement. As rising sea levels encroach on physical coastlines, they are also impacting legal baselines, shifting national terrestrial and maritime borders inland posing existential dilemmas to island and low-lying nations.

This talk considers baselines as a political technology, the calculative apparatus that enacts cuts to refashion lively ocean worlds into divisible spaces and objects. It examines how the concept of sea level was constructed scientifically and enrolled in the legal demarcation of territorial borders based on a land/sea binary that is in direct opposition to many coastal peoples and First Nations, while also being eroded by rising sea levels in a climatically changing world.

Source: Research seminars | School of Geography, Geology and the Environment | University of Leicester